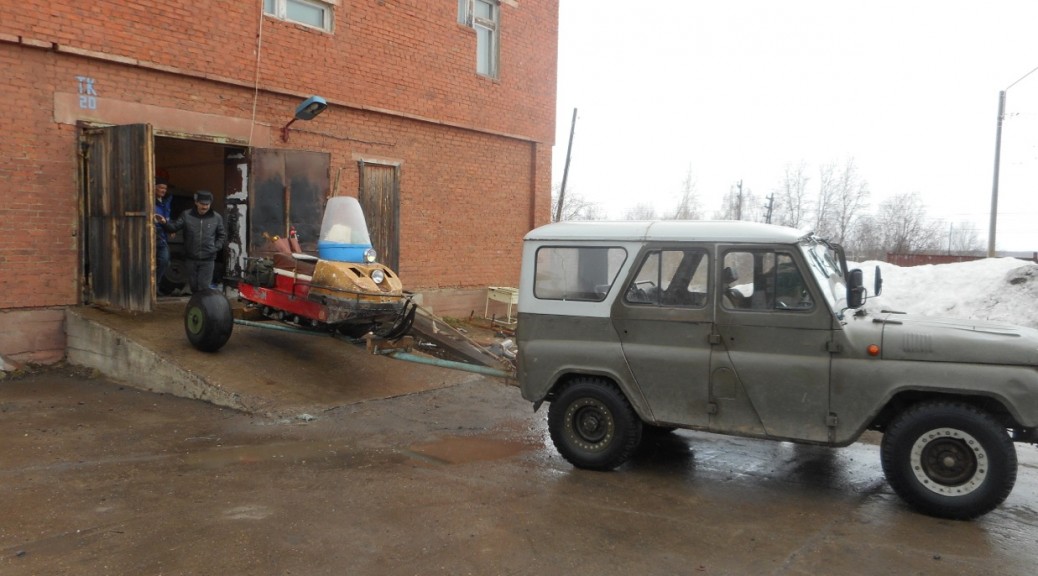 We had planned to go early on the Ienisseï to take avantage of a well frozen top layer and to avoid melt lakes.
According to Anatoli, it would probably be the last day of sampling with the « Bouran ».
But the Ienisseï chose not to, a big opening appears on the whole width of the river (3km), preventing access to the field.
As last year, the last sampling in snowmobile will have occured on the 12h of May.
We had booked an hovercraft for the 17h of may, we will try to bring it forward to tomorrow.
Thawing time is really coming.
Tonight the entire lab was celebrating Sergueï’s birthday.