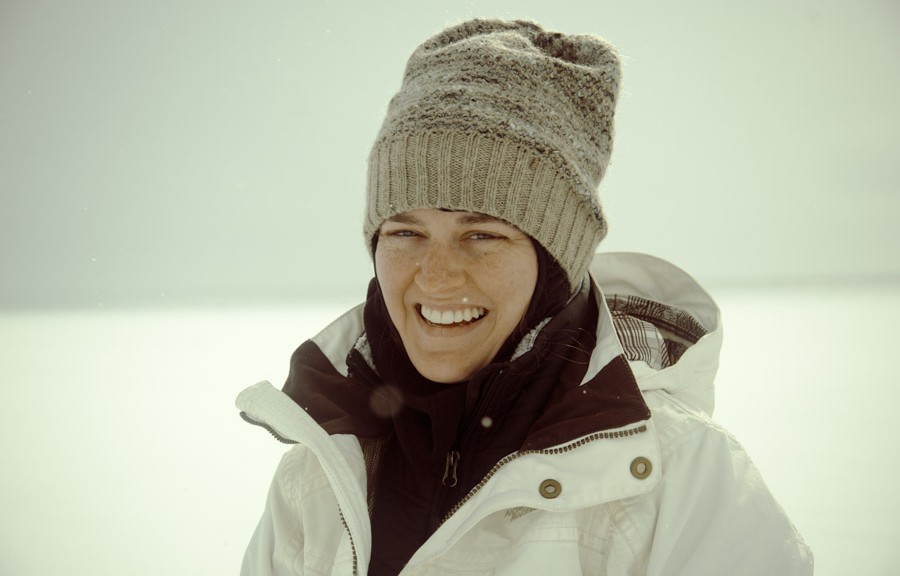 With the construction of a floating raft to help us across the slushy
melted bank of the Ieniseï, and the air temperatures refreezing the
slush on the ice, arriving at the sampling site was made a bit easier
for Anatolii.
Arnaud captured some great footage of the river crossing for the documentary today and today’s sample was the most colored yet!
It was also Allison’s birthday and after sampling, we had a very
nice party for her, which included American treats such as brownies.
She received very special gifts from everyone in the lab, including
her very own sampling bottle and signed t-shirt!